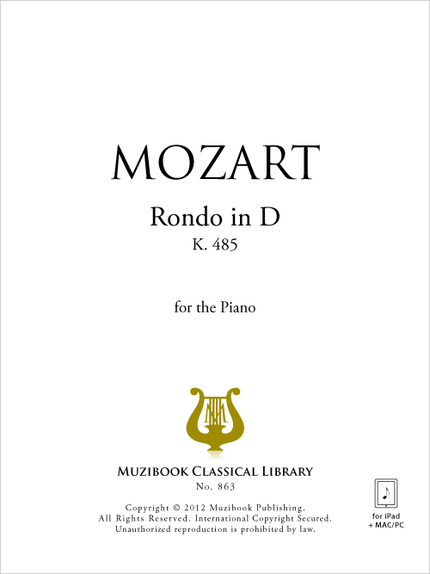 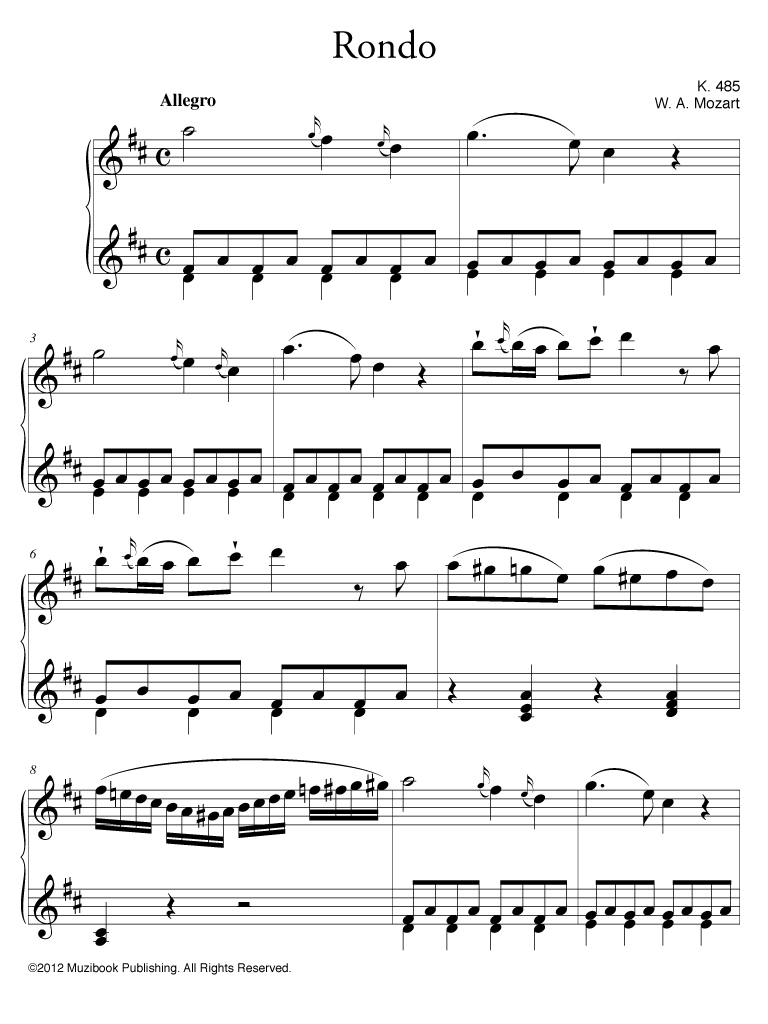 Mozart's late works include among them three rondos for piano composed in the period 1786-1787. The first, in D major (K 485) whose score is presented here; the second, in F major (K 494) later revised and added as final movement to Sonata No. 15 (K 533); and the third, in A minor (K 511). Although the melody of each of these themes has remained memorable, the Rondeau in D major, thanks to the elegance and simplicity of his writing remains to this day the most famous of them. The autograph manuscript is dated January 10, 1786 (Vienna) and bears only the indication '' Allegro '', the term '' Rondo '' having probably been added later by the publisher. Recent research does not make it possible to determine with certainty whether this work was published during the composer's lifetime. It is however possible that it was published for the first time in 1786 by the Viennese publisher Artaria, but no copy was found. At the beginning of December 1785, the composer published, among others, the Fantasia and Piano Sonata in C 475/457 in C minor. This edition of the '' Rondo K 485 '' was made from the manuscript autograph preserved today at the Pierpont Morgan Library in New York.

In uomini! In soldati + Una donna a quindici anni Voice and Piano

When you browse our website, information may be recorded or played back in your terminal to optimize your experience.