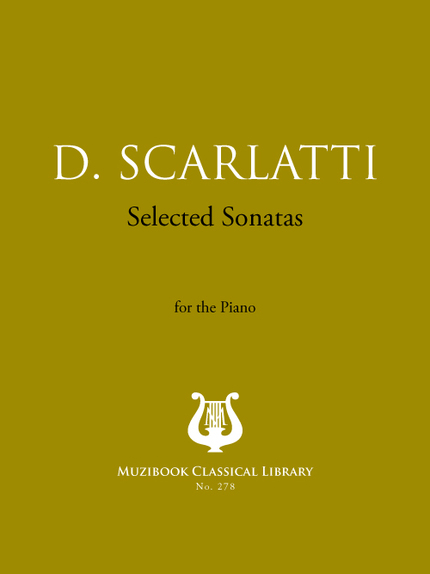 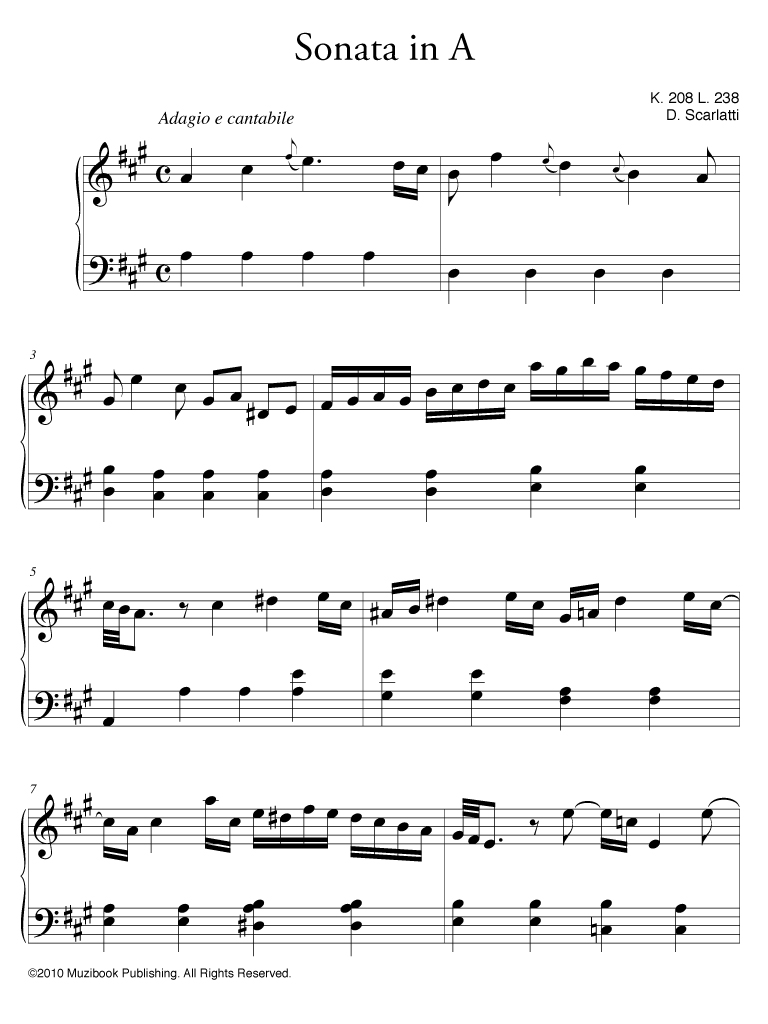 Of the 555 Scarlatti sonatas listed in the catalogs of Ralph Kirkpatrick and Alessandro Longo, many of them now occupy an important place in the piano repertoire. Domenico Scarlatti is recognized as one of the greatest pianist composers and his sonatas have far surpassed the harpsichord alone. Most were written during the second half of his life, after 1719. The present collection brings together 22 known and often performed pianist sonatas.

This pdf sheet music album contains interactive navigation functions allowing quick access to a page from the table of contents.  It can be read on a tablet or laptop and can also be printed. For optimal use of our scores, we invite you to read the notices available on the site.

By browsing our site you accept the installation and use of cookies on your computer to optimize your experience. Settings | Accept all